George Kambosos Jr was meant to be fighting for five world title belts on Sunday.

He went to get a COVID-19 test instead, after his opponent - lightweight champion Teofimo Lopez - derailed their fight by testing positive last week.

Australian boxer Kambosos was furious with Lopez and perhaps to make a point, went and recorded a negative on the discarded fight day.

Kambosos (19-0, 10 KOs) also spent some time in the gym, posting footage while referring to Lopez with a colloquial term for 'fake'.

"Very tough pill to swallow at the moment but I remain focused. I will get this immature kid and make him pay," Kambosos told Wide World of Sports in a message after the fight postponement.

Lopez was slammed for "pure irresponsibility" by Kambosos when his positive test came to light. It is unclear how Lopez contracted COVID-19 but fight promoter Ryan Kavanaugh said that the American star was regretful.

"He sounds pretty sick. I think he knows he let people down," Kavanaugh told DAZN.

"He definitely expressed that he feels terrible, especially for George. George made weight this week, and that's very hard. His whole family here flew over from Australia and has been here for weeks on end training. He has his pregnant wife here." 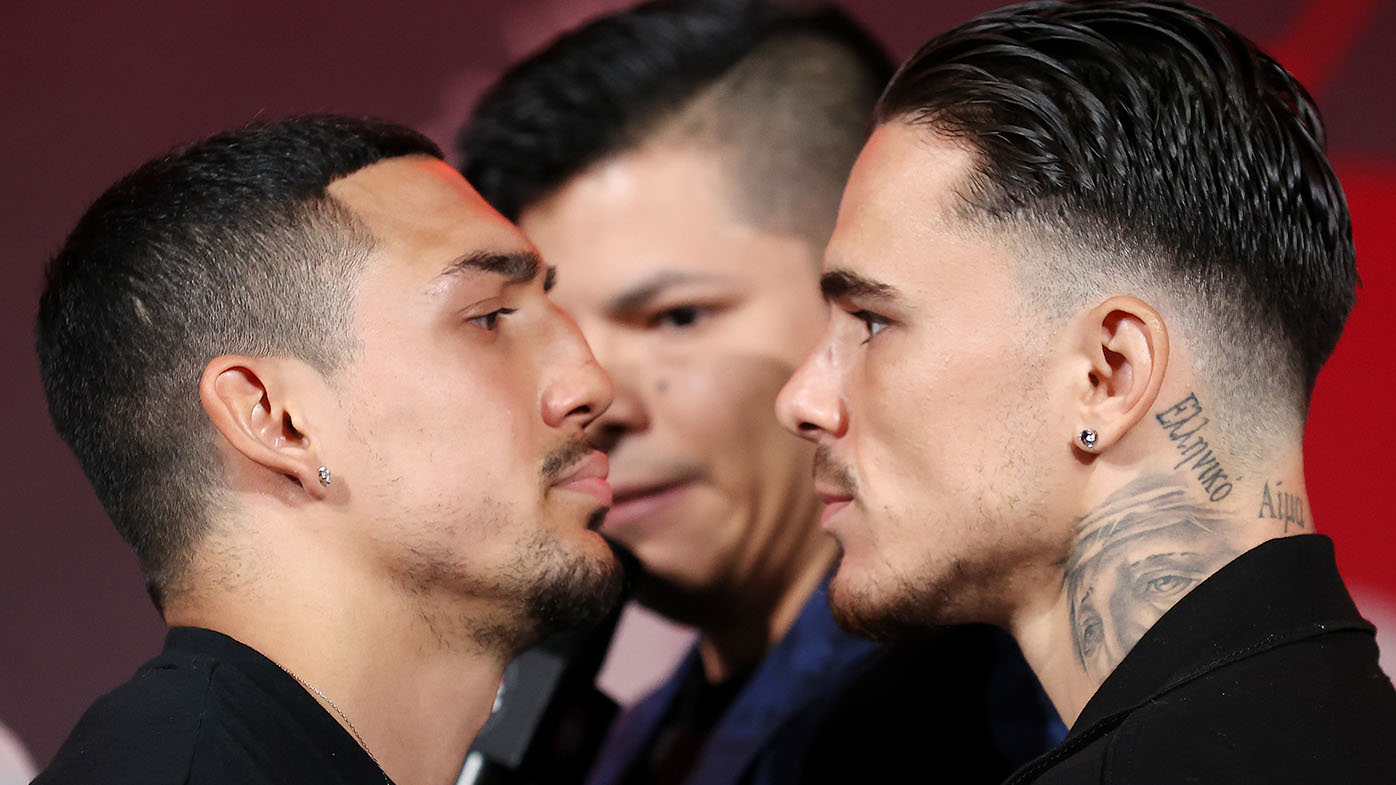 Kavanaugh revealed that Lopez had suffered serious symptoms and he couldn't guarantee that a new date of August 14 (August 15 AEST) would go ahead. The Miami venue - loanDepot Park - will have to change, due to a scheduling clash with MLB's Miami Marlins.

"He's going to be very affected by this. It's not like, 'Oh, he'll be better in four days'. He needs time. He couldn't even shadowbox for 45 seconds without basically collapsing. He needs time to both recover, get back into training.

"It's not like this is some little fun social media fight. This is a real title fight for the undisputed lightweight championship of the world. He's going to have to be in shape. So we tried to give enough time. We hope for him to hopefully have a speedy recovery."

Further complicating matters is that Kambosos and his wife, Bec, are due to have their third child in September and he wants to be present for the birth in Australia. Kavanaugh said that the fight could end up in October if Lopez is not fit to fight in August.

Kambosos is a massive underdog but is adamant that he will defeat Lopez to win the IBF, WBA, WBO and Ring Magazine belts, plus a version of the WBC title.

Lopez gained his title belts with a KO win over Richard Commey and a decision victory over Vasiliy Lomachenko last year.