Just a fortnight ago Jon Rahm made headlines after being forced to withdraw from The Memorial tournament while holding a six stroke lead after testing positive to COVID-19.

Now he's the US Open champion, winning his first major title by one stroke over South Africa's Louis Oosthuizen at Torrey Pines in California.

The image of Rahm, doubled over beside the 18th green at Muirfield Village after being told he'd tested positive, is one that won't easily be forgotten.

But now it will be paired with pictures of the 26-year-old holding the US Open trophy, a major championship victory that somehow seemed inevitable.

"This is the power of positive thinking, I was never resentful for any second for what happened," Rahm said.

"I don't blame anybody. It's been a difficult year, and unfortunately COVID is a reality in this world.

"It's affected a lot of people. I got, out of what happened, the best possible hand. Nobody in my family got sick. I barely got any symptoms."

The Spaniard spent a week in isolation, only being allowed out on June 12 after receiving two negative COVID-19 tests in a 24-hour span.

And even moments after the biggest win of his career, Rahm was able to put the victory into perspective.

"We have lost a lot of people back home, we have lost some friends. This one is for a friend of mine who was a journalist, who had just started getting into golf and he was basically following me around the world of golf," he said. 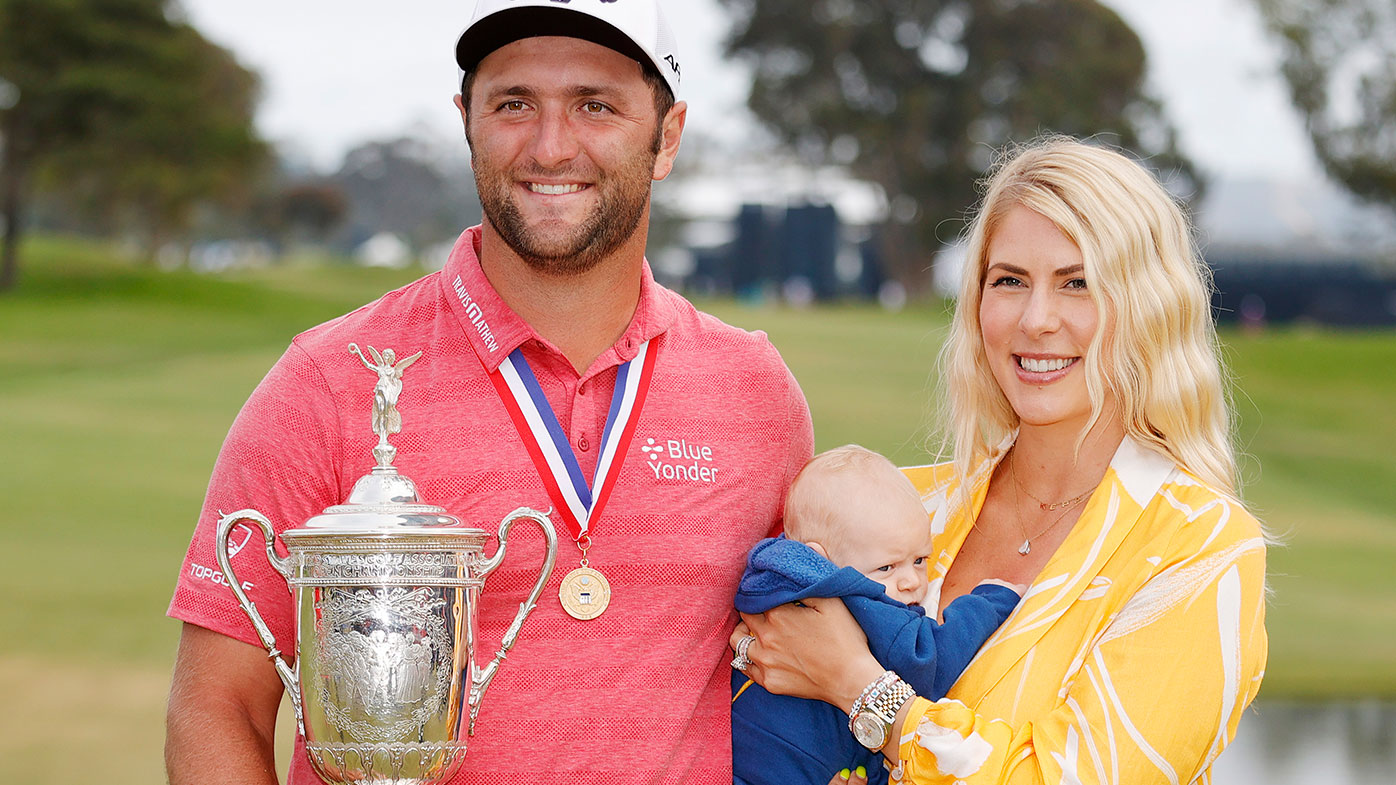 "When he started he had no idea what golf was, and he passed away a few months ago from COVID. It was very quick from the time he got it he went to the ICU and passed away. Like him, there's many people in this world.

"I know what happened a couple of weeks ago, some people might say was unfair, but it was what had to be done.

"We still have to be aware what's going on in this world."

Rahm is expected to take over as World No.1 when the updated rankings are released, a position he briefly held last year. He came into this week at No.3.

Looking back at The Memorial tournament, it's clear the seeds of this week's victory were sown in the immediate aftermath of his positive test. 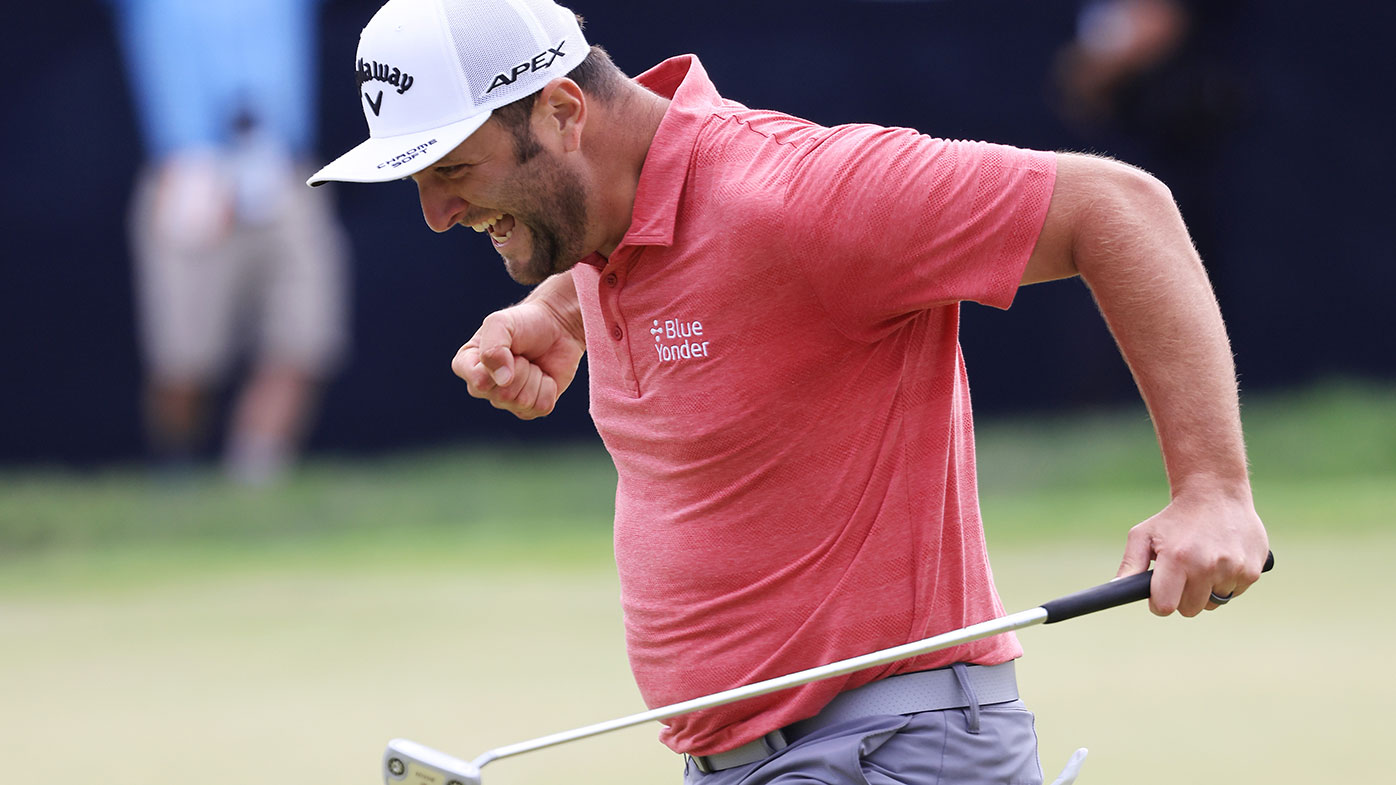 Instead of throwing the toys out of the cot and blaming the PGA Tour, who simply followed the same protocols that have been in place for the last year, Rahm moved on quickly and focused on the US Open.

"This is one of those things that happens in life," he said at the time.

"One of those moments where how we respond to a setback defines us as people.

"I will take all of the necessary precautions to be safe and healthy, and I look forward to returning to the golf course as soon as possible."

Torrey Pines is a course that means so much to Rahm, a venue where he won his first PGA Tour event, where he proposed to his wife Kelley, and where he's now lifted a major championship trophy for the first time. 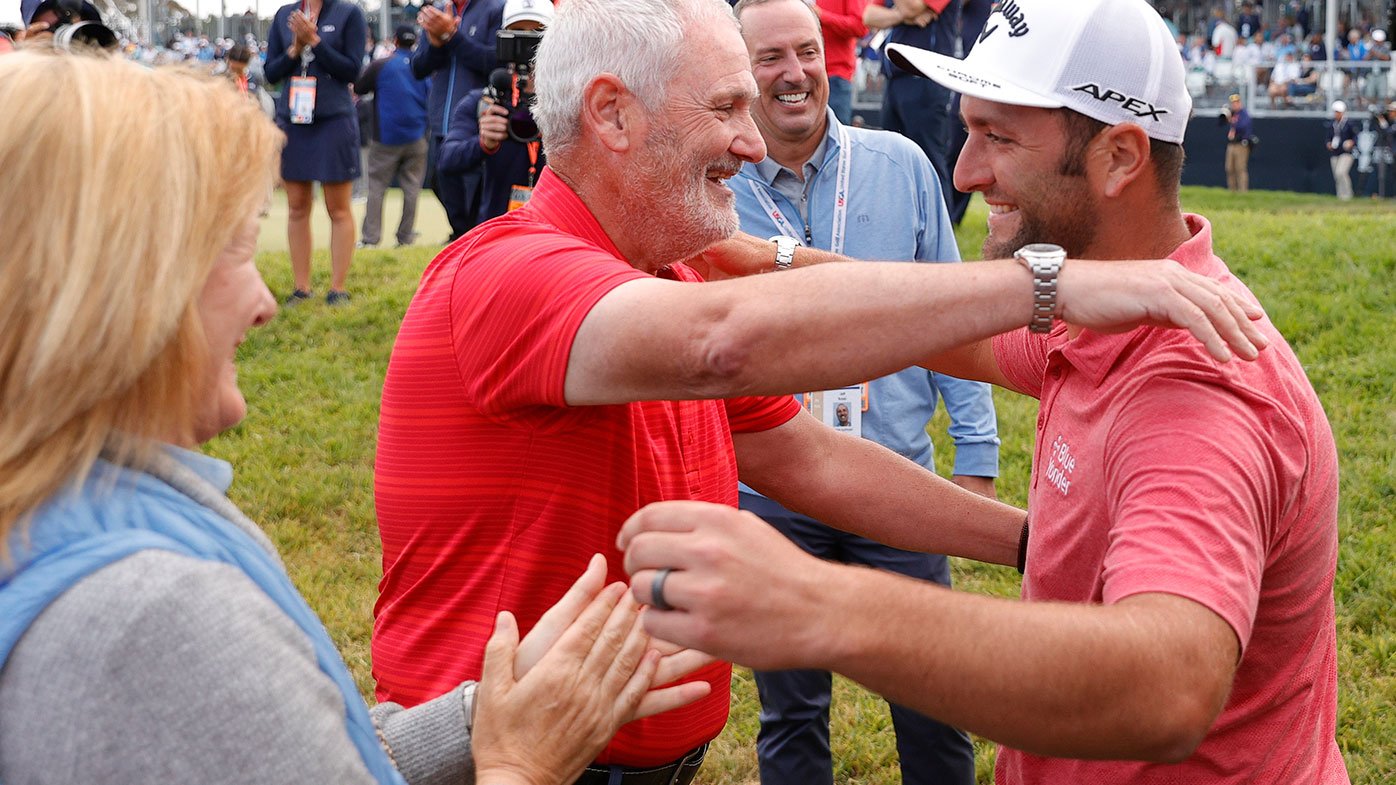 With his father in the gallery, and just months after becoming a dad himself for the first time, Rahm's US Open win comes on Father's Day in the United States.

"It had to happen in a beautiful setting like this. Nothing in my life has come easy, and managing the emotions of knowing what could be done today wasn't the easiest.

"There's three generations of Rahms on this green right now, one of them doesn't really know what's going on, but I am glad he's going to get to see it in the future and enjoy it."