Major Botch at Hell in a Cell! Mysterious Hand Appears During The Main Event Between Drew McIntyre and Bobby Lashley

Drew McIntyre lost to WWE Champion Bobby Lashley after a gruesome fight inside the cell of Hell in a Cell 2021. Apart from the match itself, one small detail has the fans talking.

Towards the end, Bobby Lashley slammed Drew into a table at the ringside. As McIntyre recovered amidst the debris of the collapsed table, the fans noticed something very bizarre.

Although at first, it seemed like the cloth layer of the ring was fluttering a little more than usual, turns out there was something or someone indeed. Slowed down video shows that there was someone, under the ring, was pushing the debris closer to McIntyre.

Why did a Mysterious Hand interfere in the match between Drew McIntyre and Bobby Lashley?
THE TRUTH IS OUT THERE pic.twitter.com/OXr2Bhl4kM

It was probably one of the employees of WWE who was making sure the moves are ‘well sold.’ The more number of debris showed the impact of McIntyre’s crash and the strength of Lashley.

Check some of the fan reactions below –

Ok that makes me feel better. Thought I saw that but didn’t check

What is next for Drew McIntyre?

‘The Scottish Warrior’ dominated the match in the second half and almost won. Earlier, McIntyre let in another WWE referee after the primary referee was knocked down.

Lashley’s friend and manager MVP also snuck into the Cell and attacked McIntyre. While McIntyre got his retribution on MVP with the repeated attack, ultimately he would be his downfall.

Towards the end, McIntyre was going for Claymore Kick for the umpteenth time in the night. However, MVP grabbed his leg from the ringside and distracted him.

Lashley, taking advantage of this distraction, rolled McIntyre up for the win. This was Lashley’s first Hell in a Cell match and victory. McIntyre is now barred from challenging Lashley for the title.

Now that he is out of the title scene, McIntyre can finally address the feud with Sheamus. Their feud was put on the Backburner for the title situation. McIntyre can challenge Sheamus for the US title as well. 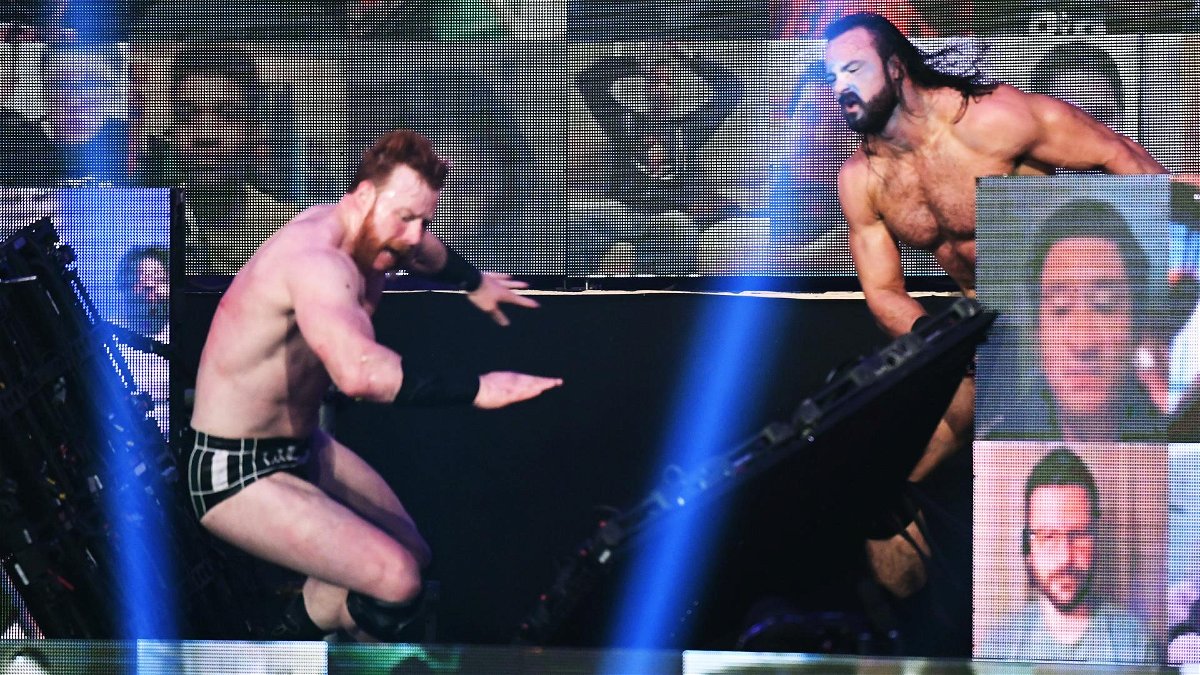 Apart from this, McIntyre can embark upon a new journey with a new opponent. Jinder Mahal could be a good option as the two have hinted at a rivalry. Or McIntyre could just take a break and come back following his wounds at the Cell.

It is likely that McIntyre would win the title once the live crowd is back. Till then, fans have to wait and watch where The ‘Scottish Warrior’ goes.

The post Major Botch at Hell in a Cell! Mysterious Hand Appears During The Main Event Between Drew McIntyre and Bobby Lashley appeared first on EssentiallySports.