Monster eagles set up US Open final round thriller

Mackenzie Hughes and Louis Oosthuizen brought the memories of Tiger Woods roaring back to life Saturday (Sunday AEST) in the US Open at Torrey Pines.

Just like in 2008, when Woods made eagle putts across the green on holes 13 and 18, it left this US Open up for grabs.

First it was Hughes, rolling in a 60-foot eagle putt from the back of the green to the front pin at No.13 that got him into the mix. Next came Oosthuizen with an eagle putt from 50 feet to a front pin on the 18th.

That led to them being tied for the lead with Russell Henley, who was hanging on for dear life at the end of a third round that set the stage for a Sunday filled with possibilities. 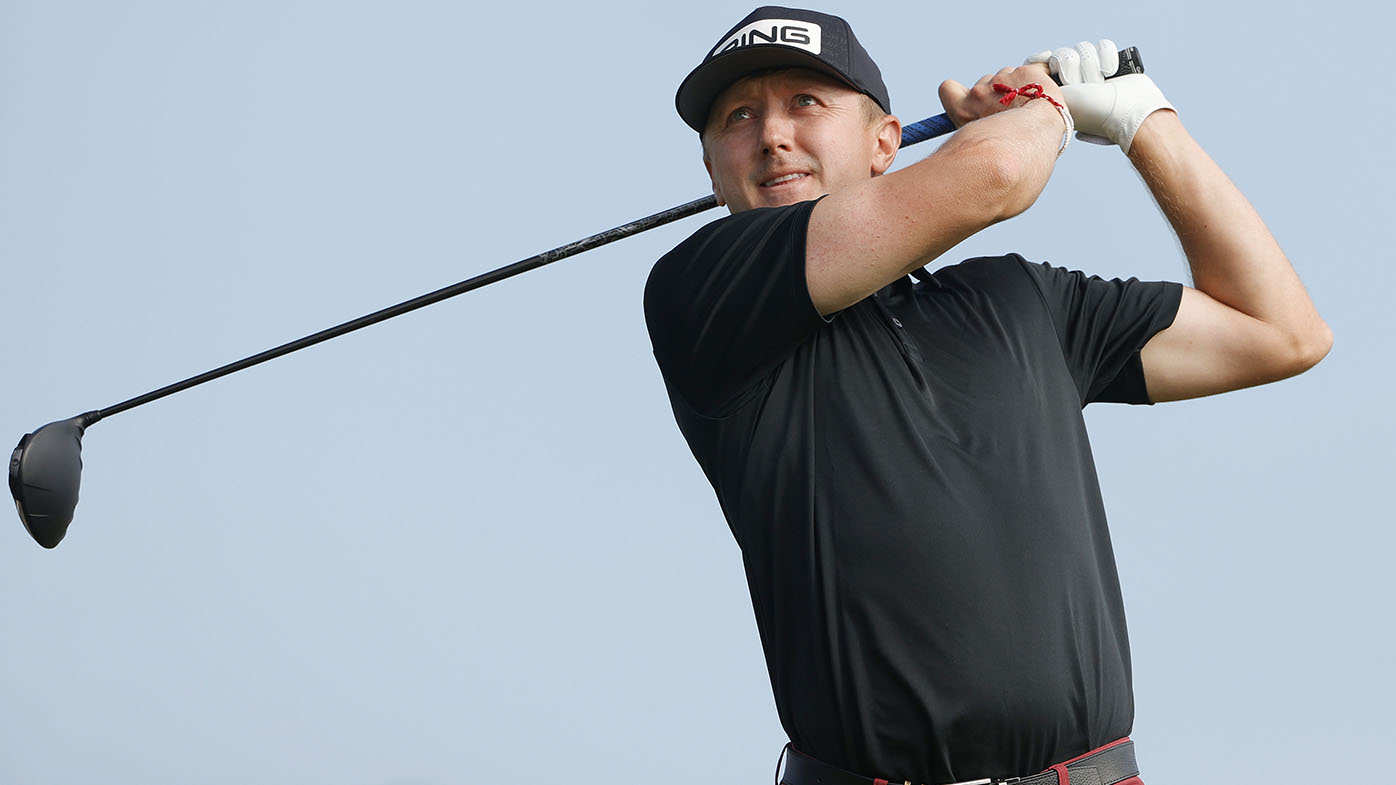 Rory McIlroy and Bryson DeChambeau were two shots behind. McIlroy has gone seven years without a major, while DeChambeau can get the last laugh by joining Brooks Koepka with back-to-back US Open titles.

A US Open that for two days lacked excitement came to life in a big way.

Hughes, coming off four consecutive missed cuts, birdied the 18th for a three-under 68. He was the first player to reach five-under 208.

Oosthuizen made next to nothing until he holed 80 feet worth of putts over the final three holes, a 30-foot birdie on the 16th and his big eagle at the last.

"The only thing you see is ... you can actually putt this in the water," Oosthuizen said.

Woods is recovering from his February car crash that badly injured his legs and is not back at Torrey Pines. In his absence were replays of the eagles he made on the 13th and 18th hole in the third round in 2008 that gave him the 54-hole lead.

It took two players to do that this time, but it was equally spectacular.

"I know Tiger's was further right, but halfway there, I loved it," Hughes said. "The charge that goes through your body when the ball goes in the hole and the crowd erupts is why we play. It gives me goosebumps now thinking about it." 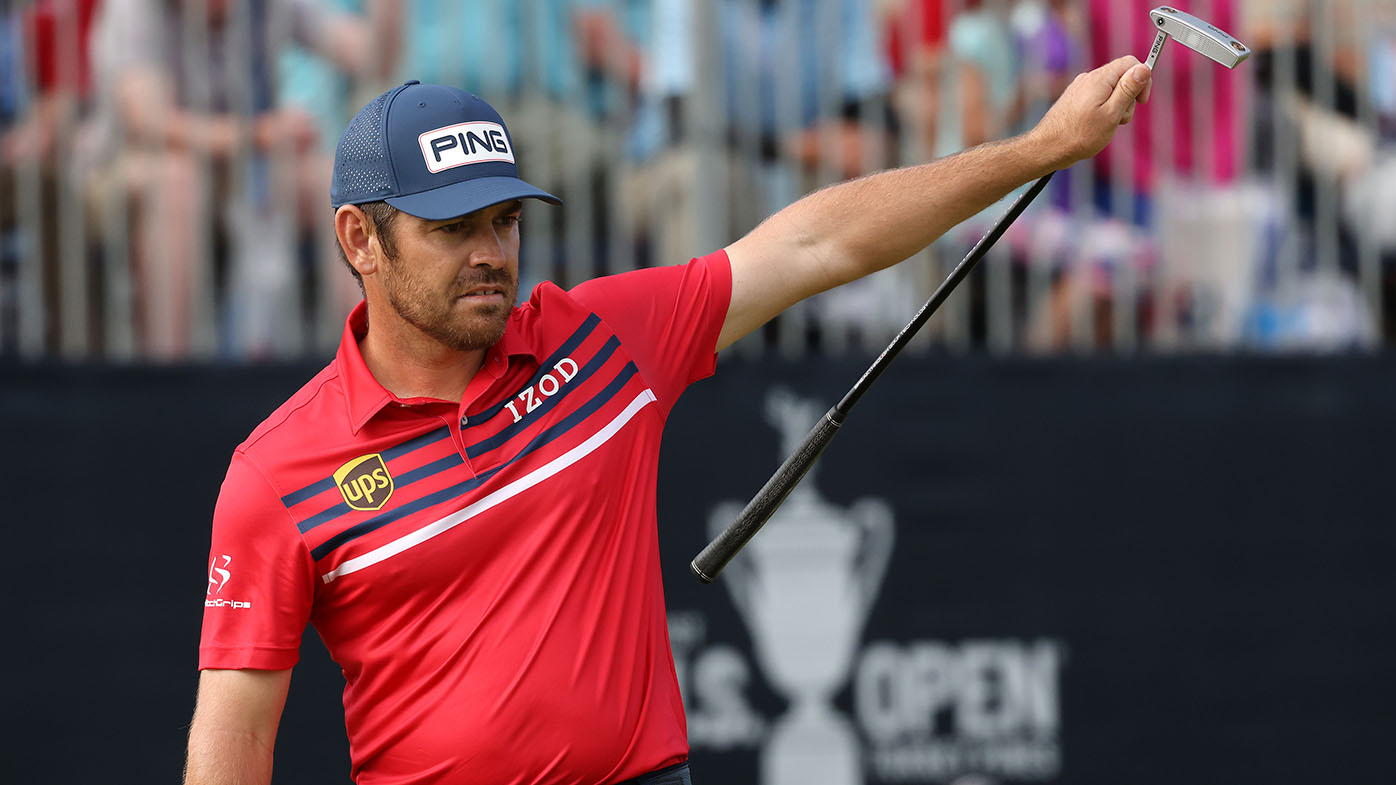 And he'll have plenty of nerves Sunday playing in the final group with Oosthuizen, who has had five runner-up finishes in the majors — two in playoffs — since winning the 2010 British Open at St. Andrews.

Henley holed a bunker shot on the par-3 11th for birdie for a two-shot lead and made a great par save from the cabbage behind he 12th green. But he showed signs of cracking over the last hour, dropping shots on the 15th and having to escape with par on No.18.

Thirteen players remained under par going into the final round. Eight players were separated by three shots on a tough course that might not be as accessible as it was Saturday, when all three par-5s were set up to be reachable in two. 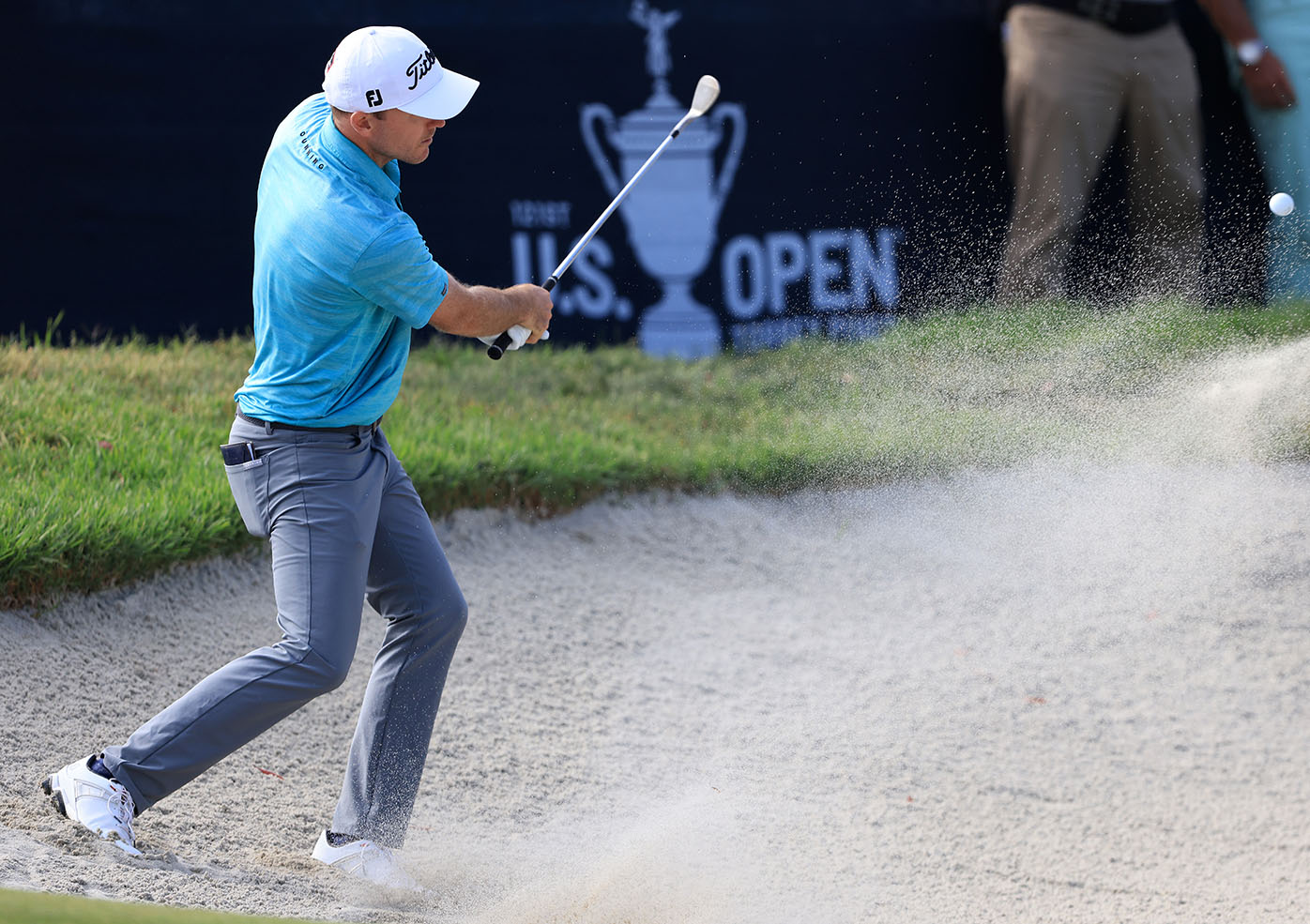 McIlroy started the day six shots behind and did his best work to save bogey. He ran off three birdies in four holes to start the back nine, only to pull his tee shot into a ravine. He took a penalty drop instead of going into the ravine — a smart decision considering television showed a large rattlesnake in the area — and limited the damage to a bogey.

A birdie on the 18th for a 67, matching the low score of the week, gave him a chance to win a major for the first time since the 2014 PGA Championship. McIlroy hasn't had many of those opportunities lately.

"This is the only tournament in the world where you fist-pump a bogey," McIlroy said. "Only losing one there was a big deal, and getting it up-and-down out of the bunker on 16 and making that birdie on 18 just to get that shot back that I lost, really big." 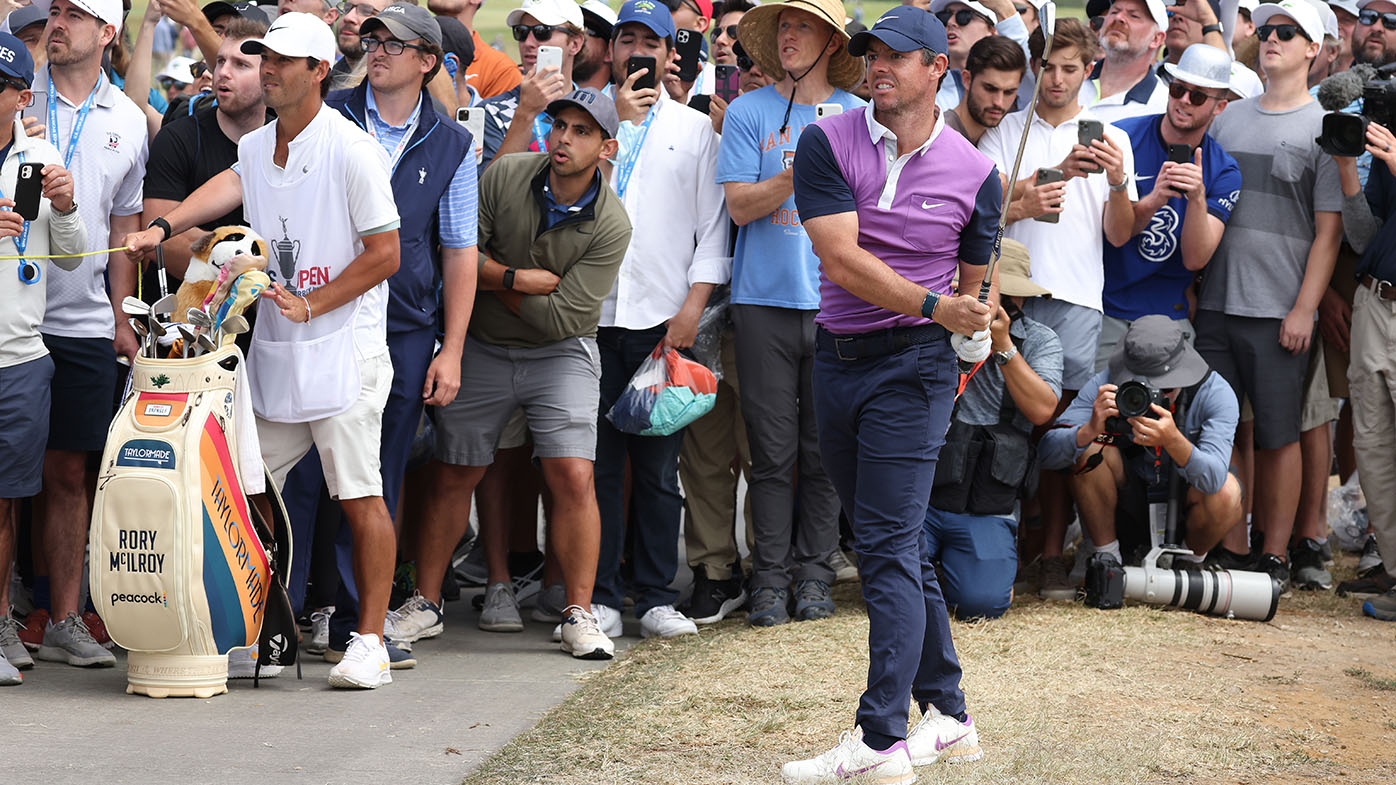 DeChambeau played it big, too, going with driver just about everywhere and missing some fairways by such a wide margin that he had good lies in fan-trampled grass. It led to his first time in 67 rounds at the majors without a bogey on his card, and his 68 gave him a chance to join Koepka and Curtis Strange as the only back-to-back Open winners in the last 50 years.

Koepka, meanwhile, was among those who lost a good opportunity. He shot 71 and was only five shots behind, but with 13 players ahead of him.

Jon Rahm, slowed by a double bogey on No.14 and not nearly enough birdies, had a 72 and was in the group at two-under 211 along with Scottie Scheffler (70) and Matthew Wolff (73).

Dustin Johnson shot a 68 and was among those at one-under 212, four behind and very much in the game in this major and on this golf course.

"It's a golf course where anything can happen," Oosthuizen said. 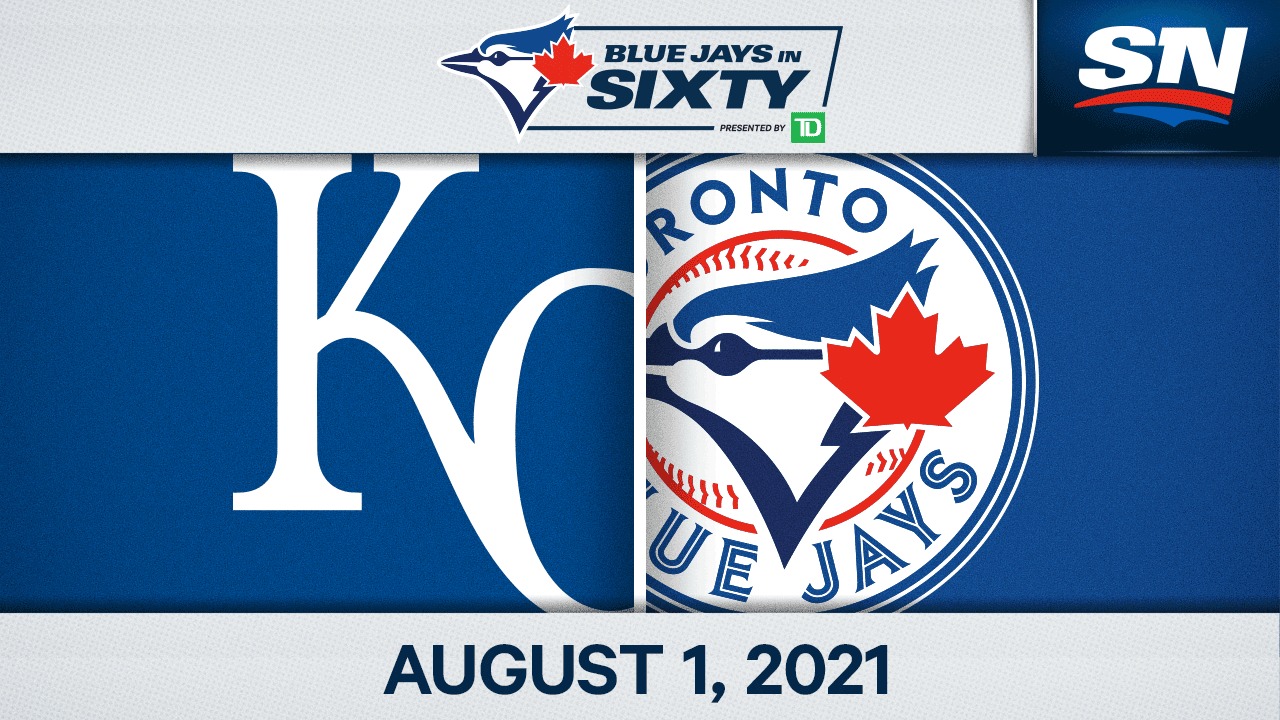 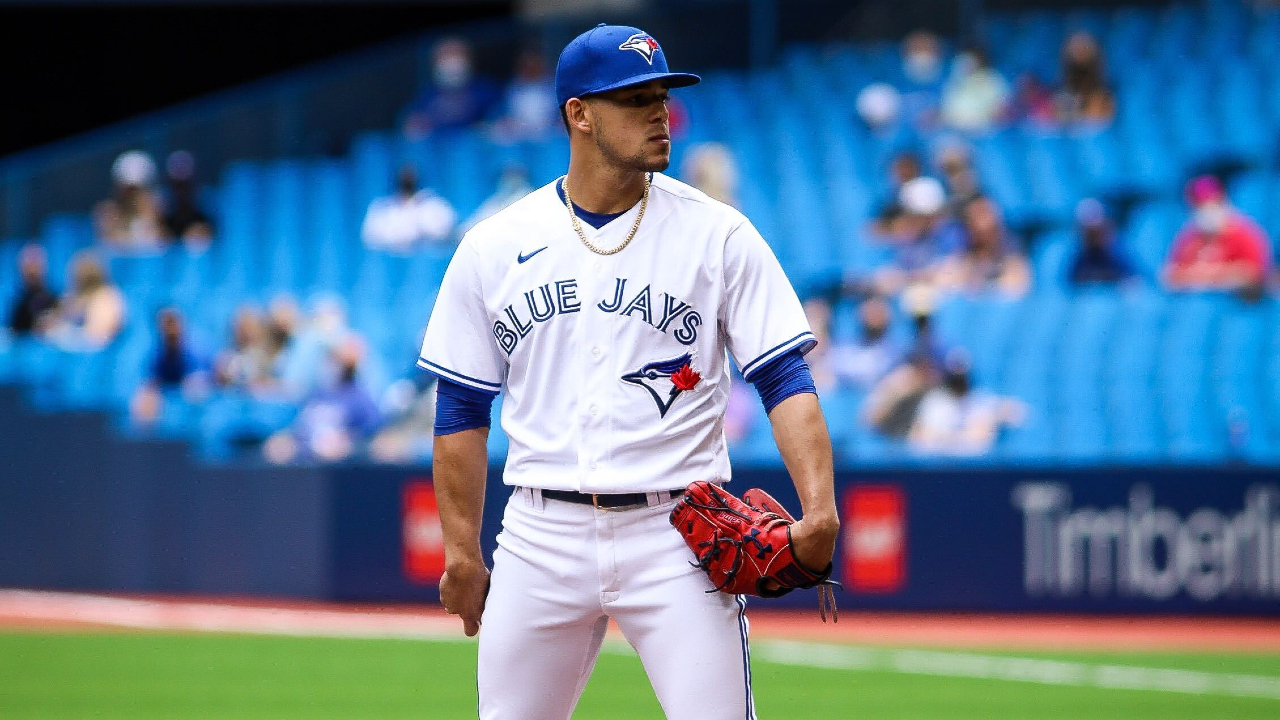