A recent report by the Centre for Economics and Business Research (CEBR) indicates China will recover and overtake the U.S. economy sooner than expected following fallout from the COVID pandemic.

According to the report, China is predicted to swap places with the United States by the year 2028 “after weathering the coronavirus pandemic better than the West.”

Bloomberg News reports, “The world’s biggest and second-biggest economies are on course to trade places in dollar terms in 2028, five years earlier than expected a year ago.”

“The COVID-19 pandemic and corresponding economic fallout have certainly tipped this rivalry in China’s favor,” the CEBR maintains regarding the two superpowers.

The CEBR also praised China’s “skillful management of the pandemic” in contrast to the West.

Ironic, isn’t it, that China’s economy will recover more rapidly than America’s when they were the nation that introduced the rest of the world to the pandemic currently destroying our businesses?

When the dust settles, China may well be the nation that benefits the most from the terrible disease they unleashed on the planet.

No Better Friend To China Than Biden

There has been no better friend to the Chinese economy than soon-to-be President Biden, as evidenced by his decades’ worth of background in helping them advance.

Touting his foreign policy credentials on the campaign trail in March, Biden recalled how he once told former President Barack Obama that “China is not our problem.”

“China is going to eat our lunch?” Biden scoffed at a rally shortly after he announced his candidacy. “Come on, man.”

#OnThisDay last year Joe Biden reminded us why he would be the worst choice to stand up to China & fight for American workers.

“China is going to eat our lunch? Come on, man… they’re not bad folks, folks… They’re not competition for us.”pic.twitter.com/5jMQe6DUnq

During a lecture in 2017, Sullivan told students at Lowy Institute that “we need to strike a middle course – one that encourages China’s rise in a manner consistent with an open, fair, rules-based, regional order.”

He later added that the United States policy towards China “needs to be about our ties to the region that create an environment more conducive to a peaceful and positive-sum Chinese rise.”

The Global Times, a Chinese Communist Party newspaper, believes Biden stepping into the White House will also be beneficial to them.

They report that a professor at the Institute of International Relations at the China Foreign Affairs University refers to the Biden team as a group of “elites” who would be “very ‘predictable’ in foreign policy with a multilateral mind-set.”

What a relief that must be after four years of President Trump holding their feet to the fire. 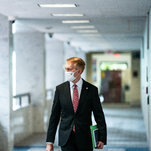 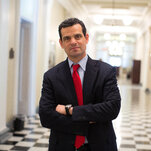 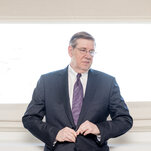 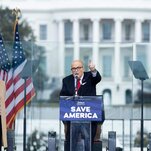 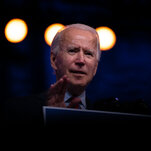 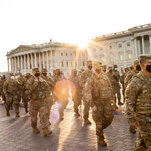 Inaugural Security Is Fortified in D.C. as Military and Police Links Are Eyed in Riot 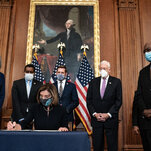 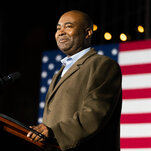 Jaime Harrison Is Biden’s Pick for Next D.N.C. Chair 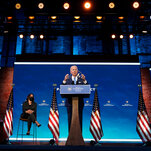 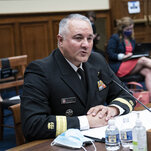 Top Official at Indian Health Service Will Step Down