Kevin Owens and Sami Zayn have a great rivalry that extends from their NXT days. In 2021, KO and Sami picked up where they left things at WrestleMania 37 at WWE Hell in a Cell. But this time, Zayn picked up a shock win over his former best friend.

Sami Zayn pulls off an upset against Kevin Owens 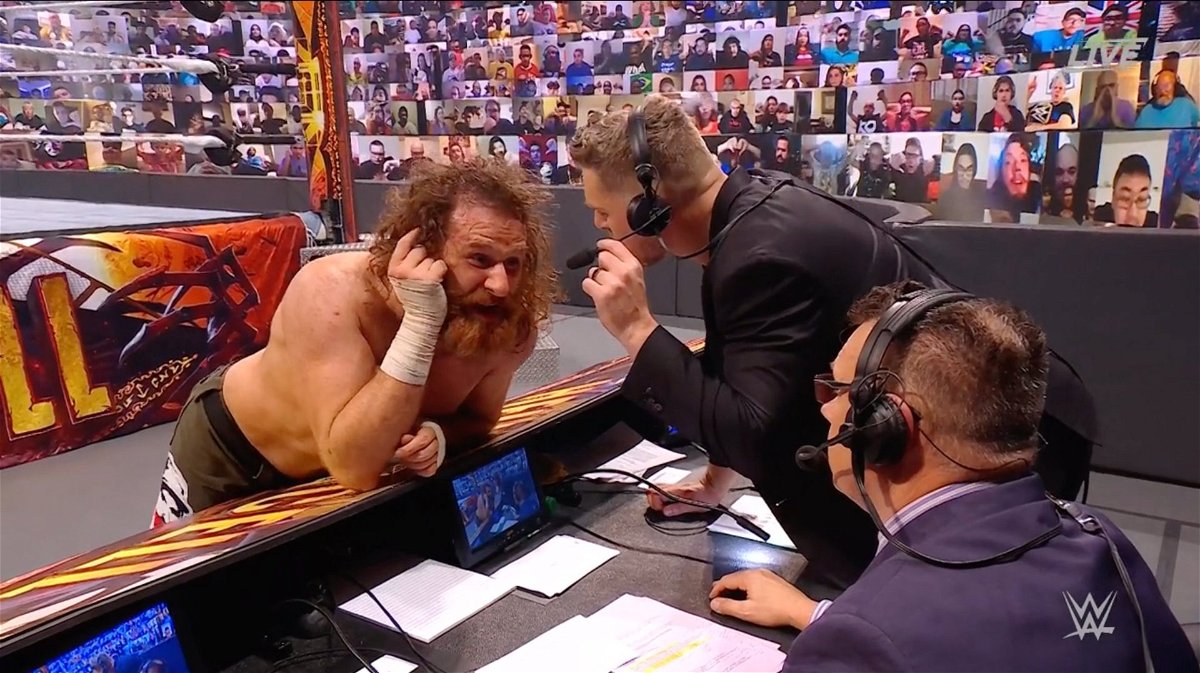 This rivalry began before WrestleMania 37, as Owens expressed his disappointment with Sami’s new character, The heel Sami and face Owens clashed at the Grandest Stage of Them All in a wonderful match that also saw KO deliver a Stunner to Logan Paul.

At Hell in a Cell, things went a different way as Sami got the upper hand over KO. Although KO had the brighter start, Sami equaled the playing field with a huge dive over the top rope. KO regained control and attempted a Swanton Bomb off the apron, but landed squarely on Sami’s knees.

Zayn followed things up with the Blue Thunder Bomb for a close nearfall. Sami tried to close out things by targeting KO’s neck, but he suffered a surprise Stunner on the outside. KO rolled him in and continued the offence, kicking and stomping away at Zayn.

He tried to end things with the Stunner, but before he could even hit it, Zayn rolled to the apron. He stretched Kevin’s arm over the rope, allowing him to build some momentum. Sami used that momentum to hit a devastating Helluva Kick to pick up a huge win at WWE Hell in a Cell.

Is Sami moving up the card?

The win at Hell in a Cell could mean Sami Zayn is moving into the main event picture. Owens and Zayn have been at each other’s necks since WrestleMania and their issues haven’t settled. But with this win, Zayn steadies his course to regaining his Intercontinental Championship, or aim for a bigger fish.

Sami Zayn vs Roman Reigns would be a brilliant match, but the heel vs heel dynamic wouldn’t be an entertaining factor. The more sensible option is to cast Sami as the #1 contender for the Intercontinental Championship. By beating Owens, he cancels out one potential challenger to Apollo Crews’ title.

Another potential rivalry for Zayn is renewing hostilities with former NXT rival Cesaro. Zayn and Cesaro had two iconic matches in NXT which will always remain true classics. With Cesaro ending up on the losing side in his match against Seth Rollins, maybe it’s time for him to slip down the card a bit.

Read more: The in-Ring and Backstage Brawl Between Chris Jericho and Brock Lesnar

The post Sami Zayn Shocks Kevin Owens at WWE Hell in a Cell with a ‘Helluva’ Victory appeared first on EssentiallySports.