Philadelphia 76ers superstar Joel Embiid says teammate Ben Simmons' decision not to take an "open shot" in the dying stages of Atlanta's Game 7 victory over Philadelphia was the "turning point" of the match.

Embiid's stone cold comments in the post match prompted an international war of words, with Melbourne Demons star Christian Petracca coming in swinging in defence of his good friend Simmons, firing back at Embiid over the statement.

It all kicked off after the 76ers' season limped to a dismal end today, with Simmons at the centre of a storm of criticism after choosing not to dunk the ball when he was open under the rim, with his side trailing by two points late in the fourth quarter. The brain explosion capped-off what can only be described as a developing neurosis at the ring.

The Aussie NBA star had already been on the end of some scathing reviews of his contribution to the post-season, and it reached new heights when he passed instead of shooting at a crucial moment.

The missed opportunity gave the Hawks a springboard to use to leap away thanks to some fearless shooting by youngster Trae Young, which only further highlighted Simmons' shooting hesitance.

Some eagle-eyed viewers spotted Embiid's reaction on-court in the immediate aftermath of Simmons' hesitation. He could be seen gesturing in disbelief, throwing his arms down by his sides as he shared words with the Aussie.

And speaking in the wake of their devastating playoffs exit, Embiid was blunt in his assessment of his teammate's performance.

"We didn't get a good possession on the other end and Trae came back and he made a three and then from there, down four, it's on me. I turned the ball over and tried to make something happen from the perimeter. But I thought that was the turning point." 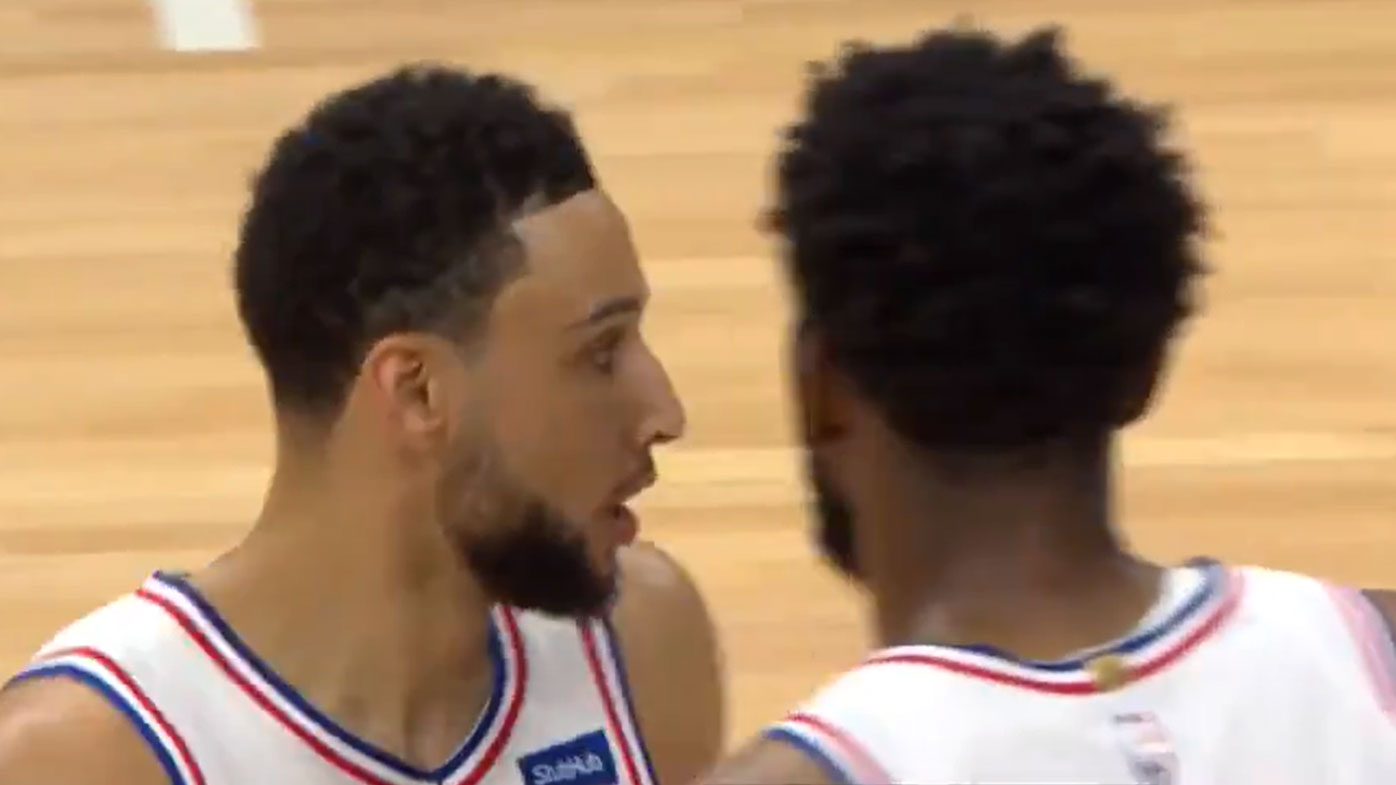 It's a telling statement from the other half of a big-money partnership that has so far failed to see the 76ers fail to contest an NBA title. And it throws up some serious questions for 76ers powerbrokers over the future of their roster.

But according to Aussie AFL star Christian Petracca, who played junior basketball with Simmons, Embiid should first check his own game before taking pot-shots at teamates.

Following Embiid's assessment, Petracca took to Instagram to hit back at the NBA superstar over his comments.

"8 turnovers twice in the series and wasn't clutch? Maybe look at your own game before you blame someone else," Petracca wrote. 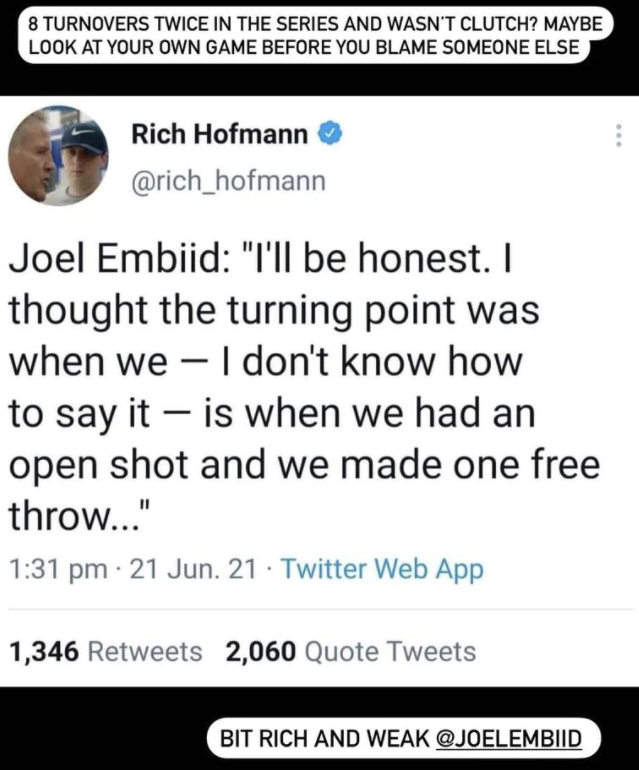 Going off his current form, it'd be a hard sell to engineer a trade for Simmons who is on a max contract with Philadelphia.

Yet after years of playoff shortcomings, would it be wise to push on unchanged, blindly 'trusting the process'?

Coach Doc Rivers made it clear he wasn't sure if the Aussie was cut out to steer the 76ers to the promised land.

When asked if he thought Simmons can play point guard on a championship team, he responded: "I don't know the answer to that right now."

In a final crushing blow, Simmons officially finished his playoff series with the lowest free throw percentage in NBA postseason history at 34.2%.